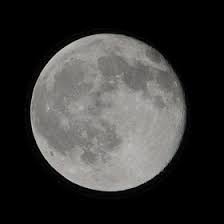 Dhruv was only five years old so as you may guess, he was only a kid. But he was super smart.

Dhruv was super active and was studying in the first class.

It was another cold night and everybody was asleep in their bedrooms.

Suddenly Dhruv was woken up due to some sound from the hall downstairs.

Dhruv silently moved to his parents bedroom but they were asleep, he tried to wake them up but to no avail.

Dhruv didn't panic and instead looked for his dad's mobile and quickly picked it and dialed 100 and talked quietly and quickly to the police officer on the line.

Within 10 minutes the police vehicle was outside their house and police officers covered the house, and entered the house to find 4 thieves in the hall trying to find valuables.

They were quickly picked by police and sent to police station, Inspector Rahul Makhija walked to the upstair rooms and spoke with Dhruv, who thanked the Inspector and told  him that his parents were not responding.

Rahul quickly moved to the bedroom to check the parents but they were only unconcious.

Rahul went downstairs and spoke with the thieves, they had sprayed chloroform through the second floor room ventilation.

Soon Dhruv's parents gained consciousness and when they learned about the bravery and intelligence of Dhruv they hugged him and thanked Inspector Makhija.

Next day Newspapers were full with the praises of Dhruv and details on the incident. India's Republic Day had to be celebrated next month and Dhruv's name was nominated for the bravery award.

On the 26th of January Dhruv was presented with the bravery award by the President of India while everyone clapped, his parents sat in the front row with all the other proud parents.

Later President called all the brave kids to a dinner at the President's house and he formally inducted all of them in a latest initiative the Kids Angels who were going to be the new face of intelligence and Secret Service in Country.

Rama was happily married to her husband Captain Sarabjit Singh who was in Army and posted in Jammu & Kashmir. She wasn't in J&K but rather stayed with her In-Laws in Punjab due to the unrest in the valley. Whenever Sarabjit came back to home her days were full of delirious happiness. And when he was away she would feel dread because she missed him and was always worried for him.

And then calamity struck, Rama was an Army wife so she understood that something was wrong as soon as she saw two officers on her door. She asked them in with tears in her eyes. She was informed that her husband was missing after a terror attack and was presumed dead. As soon as she heard this she broke down and the entire house was covered in a darkness which covered everything in melancholy. After few days they received the official letter of martyrdom of Captain.

Although Rama was a widow now she still had future to look up to as she was pregnant with Sarabjit's child he couldn't hear the good news before he bid goodbye to the world. Soon the time passed and though the pain never disappeared it ebbed enough to bring occasion smiles her lips. Few months later Rama gave birth to a baby girl that was the day she cried after a long time because she knew that this would have been happiest day of Sarabjit's life but instead he was no longer part of their life.

Few years passed and Rama got busy taking care of her baby and her in-laws. Rama had started working in an office and was managing house on her own with the help from the pension received from the Army. Just when everything was going on just fine, the phone rang and changed everything again. She was busy in office when her mobile rang, she didn't identify the number but answered none the less the voice on the other end was rough and low but she would identify that voice among millions of voices. Her Sarabjit was back. During the attack Sarabjit was captured by Pakistani military and held as a POW without informing Indian Government and Army about him.

Sarabjit bid his time when everything was right he broke out of his prison and crossed the LOC and reported at his battalion there were only the words of happiness from Kashmir to Kanyakumari as the News of the return of India's Son spread in the TV channels. And soon Sarabjit was united with his wife, angel of a daughter and his parents.

Rama's life was full of happiness once again and she thanked her stars every day and night for getting her life back with that call.


Note:- This post has been possible due to the following topic suggested by Prakash B Hegade for Indispire by indiblogger.in

He reached office right on time, and sat on his desk as usual. He checked his email and checked the data and get on with his work. He had to create some reports so he was busy in them. He got a ping from his manager.
He entered his manager's cabin after few minutes. Manager was cross with him and furious with team about an email sent by an irate customer who wasn't at all happy with the work which was done for him. He patiently listen to his manager and gave short answers.
He got out from the cabin and sent an email to his team, there would be a meeting in about an hour's time. Till the meeting it was the work as usual, at the time of the meeting, entire team moved to the meeting room. He was already waiting for them there.
He told them about the mail from the customer and gave them a piece of his mind as well. He shouted a bit and asked some questions, his team mumbled through their answers. Then it was just a general round of useless tasks and some pats on the backs, some words of encouragement and positive work and all. Everybody came out of the training room smiling and some with sad faces and continued their work.
What else could he do? He was a manager too. What he got he promptly gave to his team as well. Office as usual.
Posted by Vikas Khair at 9:10 AM No comments:

Sameer bought a new shiny bike and it was his darling. It looked lovely in Blue and Black. Sameer loved his bike and wanted to always keep it clean and shiny.


Sameer had kept a cloth with his bike which he used to clean his bike, one day it disappeared.

Sameer bought a new shiny cloth to clean his lovely bike, this time it disappeared in 1 day flat, Sameer was dejected.


Sameer thought that because the cloth was fancy yellow lint free cloth that's why it disappeared so quickly, this time he picked a dirty old vest and it stayed with his bike for few days but eventually it disappeared as well.


Sameer wasn't going to leave his bike dirty like that this time he picked his dirty old brief (Chaddi) and used that to clean his bike.


This did the trick but after few months some brave soul nicked that too.

Sameer again picked an old brief but it's stay with bike was also brief and it promptly disappeared the first day as well.


Sameer pretty much said "Fuck It!!!!" and forgot all about keeping a cloth with the bike. That's impossible in our great India.

Now Sameer keeps the cloth safe inside his home and cleans the before leaving from home and now use cloth from other bikes to clean his bike in office but he always remembers to return the cloth to the bike and also to wash his hands after the ordeal.

When you are riding a bike the cloth becomes a revered item because there are too many Sameers who have all lost faith in humanity as they have lost their dirtiest of clothes are also stolen from their bikes.


Note - Apologies to all the picture owners for picking the pics without permission but I have tried to give credit wherever possible. Sorry in Advance.
Posted by Vikas Khair at 8:03 AM No comments:

Today was something different, this started with the beautiful weather with clouds and cool wind. It had even rained for a bit which further spread the wonderful smell of earth.

He stirred and seeked her ... she was still asleep, but not completely.

He rolled over and covered her with his body and smelled her hair.

He moved his hand over her flawless body which was radiating under the morning sun rays which were streaming through the window.

She opened her eyes a little purred a little "Good Morning" and closed her eyes again and moaned as his hands kept on playing with her body.
She turned and their lips found each other and shared a long passionate kiss so begin their day.

He showered her with kisses and she giggled as she was tickled. Things were getting hotter by the seconds and as clock ticked and he licked so their passion kept on rising.

While their lips were busy kissing their hands were busy exploring all the familiar parts of their lover's body.

Soon they shed what ever little cloths they were wearing as part of their night wear and they were rolling all over the bed making mess of the bedsheet.

They rolled away from each other to the different ends of the bed and appreciatively looked at each other's bodies of course she was fitter than him but he was not bad looking at all.

And then they rolled towards each other and met each other like two tornadoes meeting and the passion erupted like a volcano.

They caressed and kissed each other everywhere on the body, they twisted and they turned and then they were 6 & 9 to form 69 they sucked and they licked,

They moved again and she got on top of him and rode him and then he pushed her down and took her from behind. Both were moaning with pleasure and calling each other's name.

Now she was below him and he was thrusting fast and slow and she was moving her body with the rhythm. He increased his speed as he neared the release and as he reached his orgasm they both held each other tightly and rocked slowly.

He withdrew and then seeing that she hadn't come yet started licking and kissing her once again and within moments she was again shouting with pleasure and soon she shivered and lay there panting. Both were spent and wet with sweat but they were content and happy and their passion was alive.

Note:- So as promised here's is something way different then my normal stories. So I attempted to write an erotica short story hopefully it didn't get too vulgar and sufficiently sensual. So away from the hold of morbid and in the arms of Passion.

Posted by Vikas Khair at 5:57 AM No comments: