The Deer raised it's head and looked around as it sensed that something was around, but it didn't see anyone and resumed it's feeding.

He was hidden in the bushes just few meters away from the deer. The air was flowing against him so the deer couldn't smell him.

This was the moment he was waiting, he took the aim and pressed the button, silent shooting on and captured pictures after pictures of the wonderful scene.

Deer moved in the forest and soon they were gone away from the sight.

He didn't worry much he had already gotten with wanted shots and the shooting session was a success. He moved out of the bushes and moved ahead to look for other scenes were shooting. 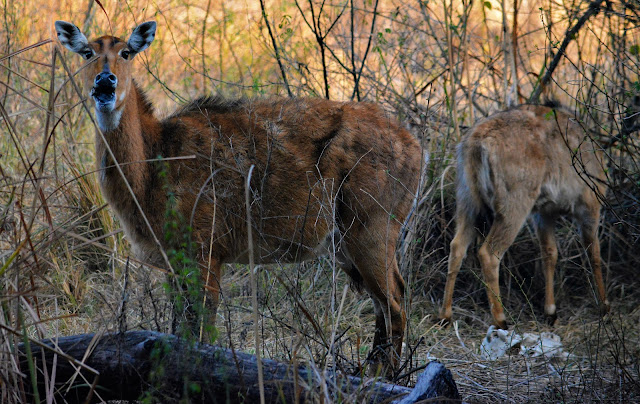 Posted by Vikas Khair at 6:01 AM No comments: 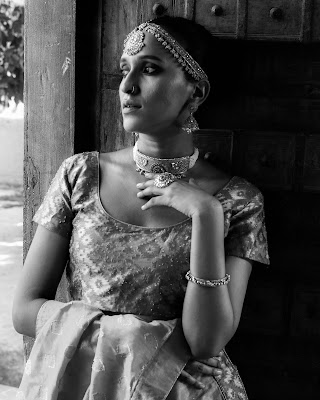 I had seen her coming from a long way away, I mean how could I not, she is a looker after all and all I am, is a poor schmuck, going through the daily grind of life.

Look at the luck out of all the offices in the building she had to come to the same office where I worked. Now it wasn't that I was interested in her or attracted towards her, hey I am already married it was just curiosity.

Well her name is Rekha and after few days we became "Friends" or "Acquaintance" and all was fine till it wasn't. There was something off about Rekha, whenever anyone called her she wouldn't respond for sometime like she didn't know her own name or something like that, but what do I know.

I truly have wretched luck, well I had to travel to a different city due to some personal tasks and what do I see but Rekha's faces on posters around the station and city but on wanted posters only here her name was "Rukhsana" or something but I could never forget that face. I did the only thing I could, I called the number mentioned and informed the same to the police. Immediately a team of police officers went back to my city and arrested Rekha sorry Rukhsana right in front of the entire office, HR department was in hell as they were duped with the false documents.

As it turns out Rukhsana was part of a terror outfit and had run away from the town and all the members of the gang had assumed false identity and joined different offices in the city and they were looking to cause some blasts on the Independence Day but thankfully due to my lead and Rukhsana's arrest, Police was able to unravel the mystery and catch everyone before the terrorists could do anything.

I was hailed as a hero and awarded by the authorities and although I did my duty as citizen why was I not happy? Ah the poor beauty.