Neend - Poem for my Papaji

I wrote this poem a long time ago few months in 2016 after I lost my papaji, today is his birthday so can't think of a better day to post this poem. Nothing much has changed. Two collages from his birthday in 2015. His last birthday which I was able to attend, I couldn't join the family for his birthday in 2016 as I had joined job in another city. 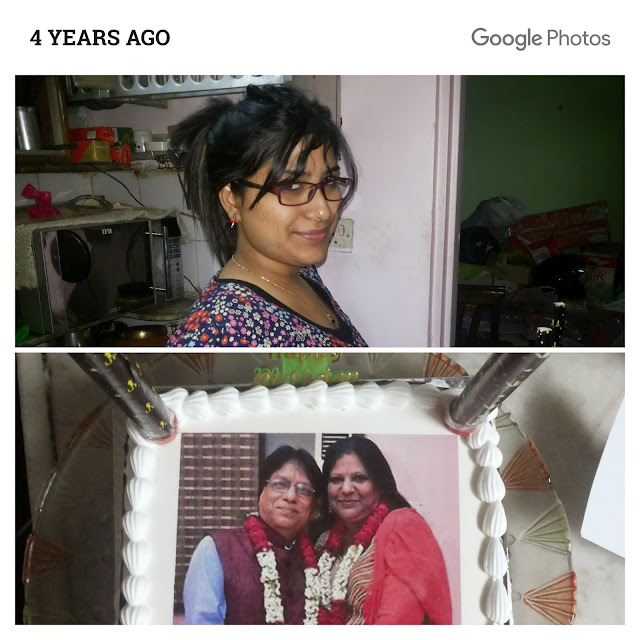 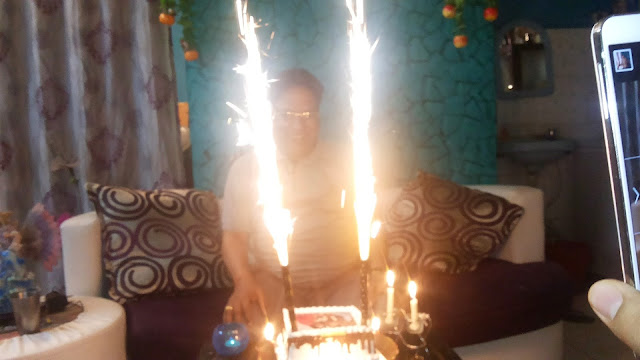 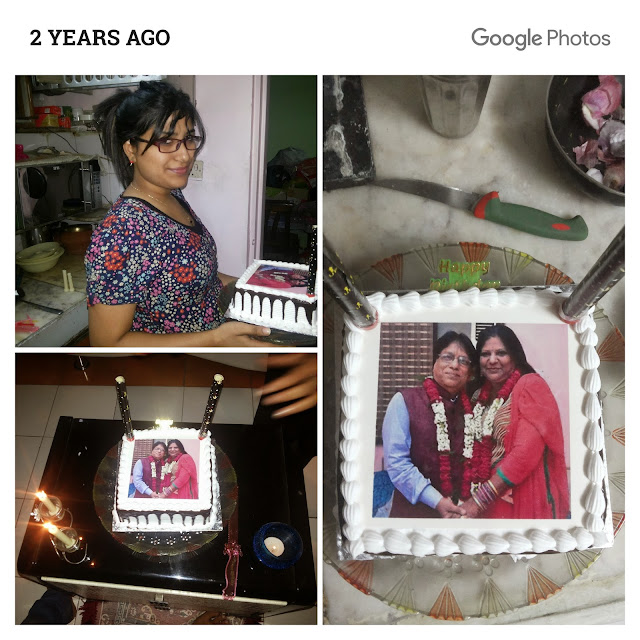 Simran was petrified she dumbly pointed towards the floor

Antennas quivering, moving slowly, red color it was a Cockroach!

suddenly the cockroach stopped and the shell opened, wings erupted and it started flying

As soon as Simran entered the bedroom, Raj slammed the door and checked around the see the terror hadn't followed them here too and finding everything alright heaved a sigh of relief

"I don't know anything, Kill that thing and remove it from the kitchen" cried Simran

Raj quickly went to the store and picked him Tennis Racket

The terror, the horror the cockroach was flying around the kitchen

Raj closed his eyes shouted and swung the racket and missed

Raj opened his eyes, sighed at his failure, picked the position again and swung again

"Remember to get Hit next time so that I can spray and get rid of them." chimed Simran from behind the curtain

And finally the Horror was over.
Posted by Vikas Khair at 2:51 AM 6 comments:

"Shall I tell you a secret?" asked Vikrant to the person tied to the chair

"What do you mean?" Stammered the person tied to the chair

"Oh! I mean exactly what I said." Replied Vikrant

"Are you enjoying yourself?" Said Bittu tied to the chair

"Indeed, I am." Answered Vikrant

Bittu the most feared gangster in the area was on his round to collect the weekly toll from the shopkeepers.

Someone is going to die today, he thought before losing his consciousness.

He didn't know where he was

He tried to think who would try to hurt him, may be Billa or Iliyas or Dharma

Whoever it was he was going to pay dearly, thought Bittu

Thankfully his mouth wasn't covered, he licked his dry lips and tried to speak

He tried to gain his composure and thoughts and spoke again

"Who the hell is this? Don't you know who am I? Do you wanna die?" Shouted Bittu

"Oh I know, who you are alright." came a calm voice

"My name is Vikrant." said the mysterious man

"Whoever you may be Madarchod, do you wanna die, untie me right now." Thundered Bittu

"I am sorry but that won't be possible, after all first I want to share my secret with you." Said Vikrant

"Well the thing is my secret is very big secret." Vikrant

"What the hell does it have to do with me." Asked Bittu

Bittu was little afraid now but he had learnt not to show any weakness, he replied

"What do I have to do with it then, why did you tell me this?" Asked a terrified Bittu

"Because dead men tell no secrets." And Vikrant stabbed Bittu and kept on stabbing him

After that day Bittu was never seen on the streets and Vikrant's secret stayed a secret till he told the same to another bad guy.

AB was zooming in his new car on the road, he was happy, after all he was able to buy his dream car an Audi and job was also going on great. Life was a dream which he was living to the fullest. He was lost humming to the song and enjoying the drive.

Suddenly he had to brake furiously as a cycle rider appeared in his lane and despite his efforts he hit the cycle with enough force to throw him to a short distance. It looked like that the guys house was just near the road , because as soon as the guy fell some people ran to the guy and tried to help him. AB was out of the car as well obviously it wasn't his mistake but he was also scared and was silently praying that the guy was alive. And to his relieve though the guy was in obvious pain he was live. A woman in dirty clothes look up to him with seething disgust and anger. AB tried explaining to them that it wasn't his mistake and the guy should've seen the car.

"The guy seem to have weaker bones." Remaked AB

"What do you think that since you are in a car, you own the road? Eh, talk about weaker bones, I curse you that have you would know how the weak bones break! Go now I don't want to look that your face." Shouted the woman probably the injured guy's mom

AB was thankful to be able to get away from there, he gave them some money and get back in his car. He wasn't too worried about the curse etc. as he was an educated guy and didn't believe in such things as magic or curses. AB called his office and explained that he would be little late and reached his office.

AB had already forgotten about the guy and was lost in his work soon enough. Come lunchtime AB had his lunch and got back to his room but soon his stomach started making some weird noises maybe he was having some reaction to the food, thought AB as he took some antacid to relax his stomach. And soon he was okay but his 6th sense was still tingling with some unknown dread.

Soon AB had to go to the washroom owing to his upset stomach. Having done his business AB got out and cleaned his hands and as he turned his right hand hit the urinal glass and a sheer pain travelled through his hands and he shouted in surprise and pain. He looked at his hand dumbly which was twisted at an unusual angle. And then his body started twitching and soon he fell and his head hit the counter and he never got up.

After some time someone else decided to go to the washroom as soon as they opened the gate they turned, started screaming and vomited on the floor. The police was called in, the inspector came with two constables. They peaked in and both the constables turned and emptied their lunches as the previous guy had. The inspector barely controlled himself and looked at the strange sight in front of his.

The guy was obviously dead but the strange fact was that there was no skeleton inside the dead body and it was deflated like the balloon. A mother's curse had come true and his weak bones evaporated from his body like dust.


I know I haven't been as regular as I could've have been but I am trying. So, do share your precious feedback about your Story-Teller's latest effort.